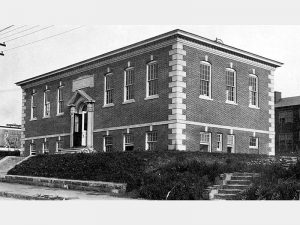 Decades before the Auburn Avenue Research Library opened, its core collection was formed at the Auburn Branch of the Carnegie Library of Atlanta. The one-story red-brick building, located at 333 Auburn Avenue, officially opened July 25, 1921, becoming Atlanta's first public library branch for African Americans. Before then, black citizens were excluded under the era's Jim Crow laws from public library service in the city, which began in 1902. In the book, Living Atlanta: An Oral History of the City, 1914-1948 (1990) Homer Nash, a black physician whose practice was on Auburn Avenue, recalled the period before the branch opened as a time when African Americans "had such a hard time getting books."

From 1921 until the branch closed in 1959, numerous women of color managed and administered the facility and provided educational and community programming. Among them were Alice Dugged Cary and Annie L. McPheeters, who was responsible for much of the development of the core collection, known as the Negro History Collection, in size and significance. A special, noncirculating collection, it was formally organized in 1934, the same year McPheeters was appointed assistant librarian. 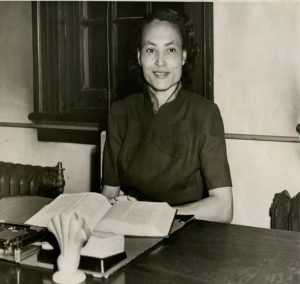 The Negro History Collection comprised the volumes owned by the Auburn Branch in combination with titles acquired through an adult education project sponsored by the American Association of Adult Education, the American Library Association, and the Julius Rosenwald Fund. Later, a group of children's books—named for Arna Bontemps, a noted Harlem Renaissance writer who became a children's book author and librarian—were added. From the mid-1930s to the late 1940s the collection grew to include bound copies of magazines, newspapers, and scholarly journals by, for, and about African Americans, including the Atlanta Daily World, Crisis, Journal of Negro Education, and Negro History Bulletin.

During the same period, increasing numbers of African Americans migrated to Atlanta's west side. Accompanying this growth were residents' demands for expanded public library service. In response, the city allocated funds for the construction of another library branch to serve the needs of black citizens. On December 6, 1949, the newly built West Hunter Branch opened on the corner of West Hunter Street and Morris Brown Drive. It became the second home of the Negro History Collection. For the next two decades, during which time the AFPLS desegregated in 1959, the collection remained at the West Hunter Branch, where McPheeters served as librarian until her retirement from the library system in 1966. 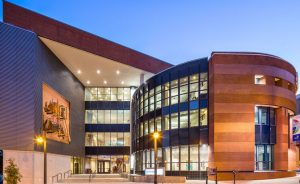 Hunter Branch to the downtown Carnegie Library building, just off Peachtree Street, where Central Library now stands at One Margaret Mitchell Square. One year later, the AFPLS Board of Trustees officiated the status of the collection, naming it the Samuel W. Williams Collection on Black America, in honor of the Atlanta-based educator, theologian, and philosopher. The collection remained at the main library until 1994 when it was transferred to the newly built Auburn Avenue Research Library, a 50,000-square-foot, four-story structure of red brick and black granite at the corner of Auburn Avenue and Courtland Street. Following almost fifteen years of growth, however, the library outgrew its space. On November 4, 2008, Fulton County voters approved a library bond referendum, which included funds to enhance and expand the facility.

Through the years the collection has steadily grown and has served as a research source for library users searching for information on the Black experience. It is a fitting tribute that this special library of the Atlanta-Fulton Public Library System resides on the Avenue where it all began! 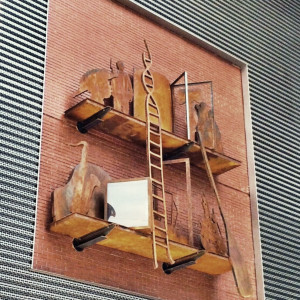 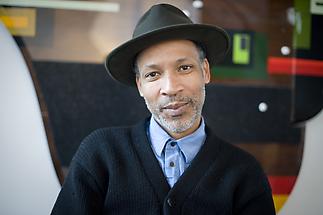 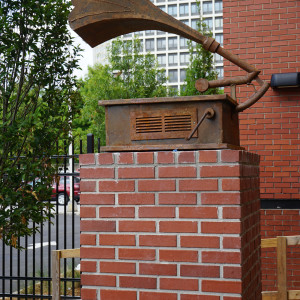