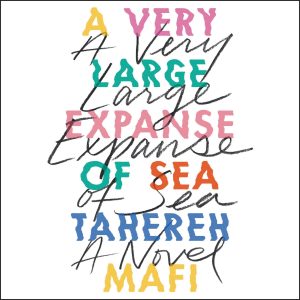 Being a teenager is never easy, especially when so many people assume that your religion makes you a terrorist. In the turbulent aftermath of 9/11, Shirin, a Muslim American teen is starting at a new High School in a small town. She is intelligent and mature, but has closed herself off after years of being bullied and misunderstood. But instead of letting her anger take over she uses her earbuds hidden under her headscarf as a way to block out any interaction with her peers.

Then she meets Ocean James, a popular, white star of the basketball team, in Biology class and a real friendship begins to emerge. While she slowly lets Ocean into her world against her better judgement, she also starts a break dance crew with her brother, a welcome distraction from real-world pressures and the negativity surrounding her new relationship.

Teens and adults alike are sure to be enlightened by this coming-of-age story about the viciousness of Islamophobia and the power of love in post-9/11 America.