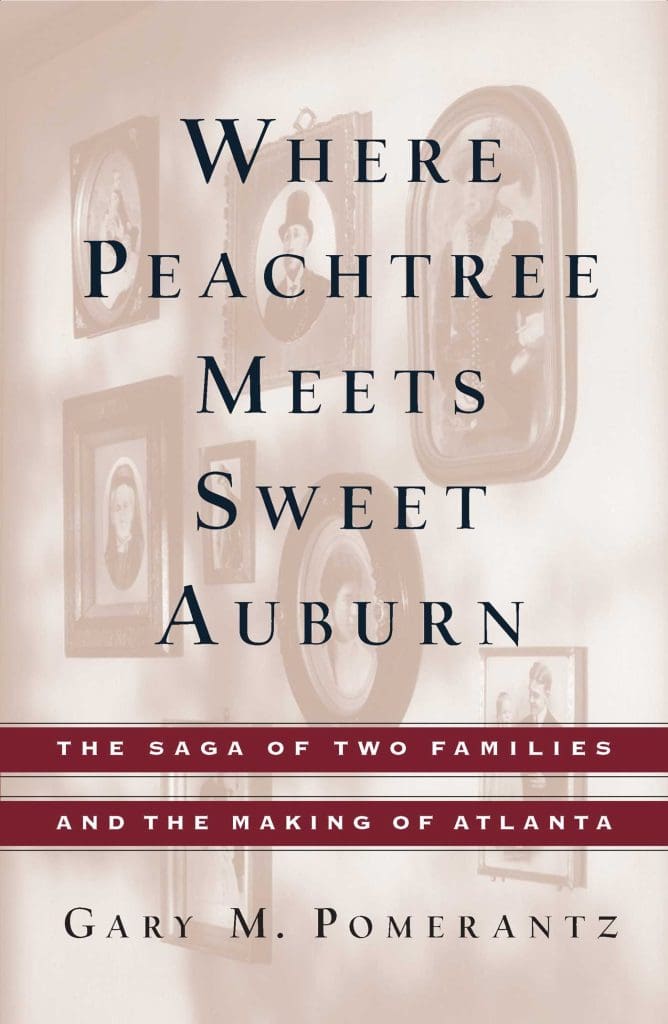 Prior to the renovations at the Central Library, the Ivan Allen Jr. Reference Department was located on the 2nd. Floor. Across the street from the library, and next to the Georgia Pacific building is John Wesley Dobbs Avenue.  Dobbs was an African American civic and political leader of Atlanta.  Ivan Allen Jr. served two terms as the mayor of Atlanta and was instrumental in creating the environment in promoting civil rights for African Americans in Atlanta.

It is, therefore, no surprise that Gary Pomerantz‘s book, “Where Peachtree Meets Sweet Auburn: A Saga of Race and Family” centers on the friendship developed between the Allens and the Dobbs families in promoting racial and economic equality in the city of Atlanta.

Recently, Atlanta swore in her sixty- first mayor, Andre Dickens.  Andre is African American and the seventh black to be elected to occupy the seat at city hall.  He follows the path began with the election of the late Maynard Holbrook Jackson Jr, the first African American elected as mayor of Atlanta in 1974.

From the moment renowned author and journalist, Gary M. Pomerantz moved to Atlanta in 1988, he felt a “profound resonance of race” permeating the city, vis-à-vis race relations. A tale of two cities: One black Atlanta and the other white Atlanta integrated by day but mostly segregated by matters of heart.  To find out more, one has to dig deeper into families, mostly where they lived, where they prayed and where they were buried.  Simply said, the city was divided by race. This was demonstrated through pubic art projects. Examples of this can be seen in statues of confederate and segregation leaders such as Tom Watson at the state house and Richard B. Russell’s at the Federal Courthouse. They contrast with a very different iconography on Auburn Avenue at Dr. Martin Luther King’s crypt named “Free at Last”.

Pomerantz believed that in the South, you are who your family is.  Thus, to begin and understand Atlanta’s history, one begins with the family.  Families became the touchstone of Atlanta’s history. In rummaging through Atlanta’s family lines, he came to the realization that two families, one black, from the South side, and the other white from the North side, both with multiple generations of civic achievements and leadership, fit the search.  The Dobbs and Allen families were the choices in his assessment.

In the book, Pomerantz tells the story of Atlanta through moments like the civil war, “Gone with the Wind” premiere, and the funeral of Martin Luther King, Jr. in 1968, where these generations of families were and how they handled the events.

Interestingly, he mentions that the defining moment of Atlanta, was the 1961 Atlanta mayor’s race won by Ivan Allen Jr. at the expense of Lester Maddox.  A win by Maddox would have turned back the clock of civil rights movement, not only in Atlanta but in the entire south.

Remarkably, in 1963, Ivan Allen Jr. became the only elected official in the south to testify for President Kennedy’s “Public Accommodation Bill”, a precursor of the “Civil Rights Act.”