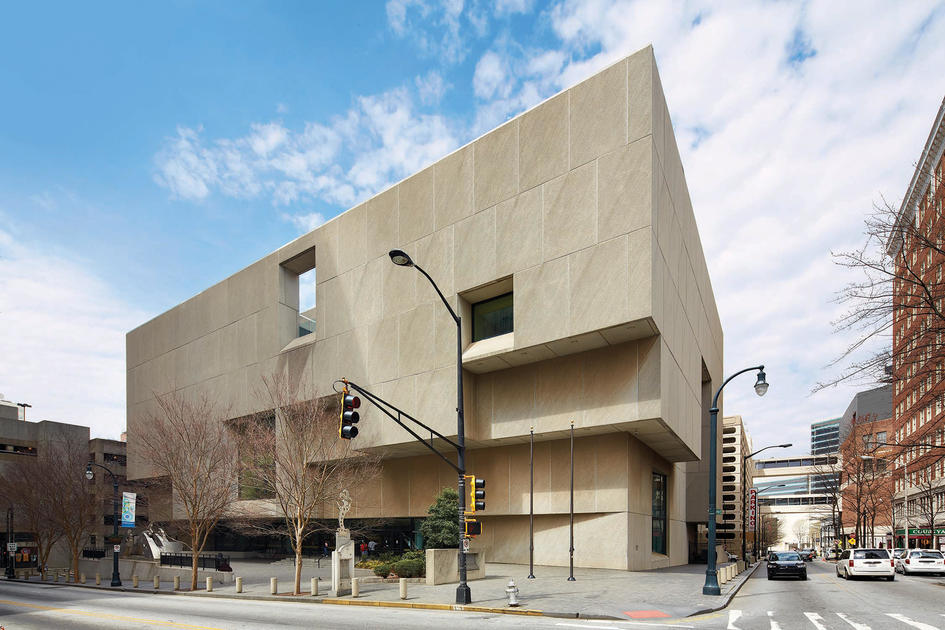 When the new Atlanta Central Library opened in May 1980, then-Mayor Maynard Jackson declared the downtown building “the standard bearer for cultural interests of Atlanta.” After more than a decade of planning and construction, it was the final work of famed Bauhaus architect Marcel Breuer.

Breuer, working closely with his associate Hamilton Smith, proposed a design that they believed would make use of natural light and windows. The exterior of the building was to be "monumental," enabling the library to retain its distinctive character and significance even if dwarfed by larger buildings expected to grow around it.

The library was built in the style of the Whitney Museum (now the Met Breuer Museum) in New York. It was considered a remarkable addition to the evolving cityscape.  In comparison to the old Carnegie Library Breuer’s critically acclaimed landmark was more respected than beloved. The building became a point of pride for Atlanta’s arts and architecture communities and drew visitors from around the world.